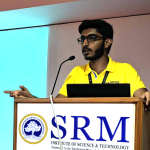 The Raspberry Pi has been a game changing product since its inception. It presented a low cost and small size computing platform that was accessible to the every day maker and helped many tinkerers bring their ideas to reality, being the versatile tool that it is.

This article is Part 1 in a series of articles that will help you make best use of the Raspberry Pi as an Edge Gateway for your IoT systems.

As an Introduction to the series, Let’s look at the case for using the Raspberry Pi as an Edge Gateway and how it proves its mettle in a standard IoT system.

Believe me when I tell you that the sky is the limit when working with the Pi. You can even set it up as a router but flashing a version of OpenWRT, the popular open-source router firmware.

Having a full linux environment with GPIO hardware access opens up a wide array of possibilities. You can have the same Pi serving an admin dashboard connected to a monitor and at the same time talk to a Bluetooth module over an embedded system protocol like SPI. The possibilities are truly endless!

The Raspberry Pi OS (formerly called Raspbian) is a Debian derivative. This might not mean much to the common Pi user but for those who familiar to the diverse world of Linux distributions will know that Debian is known for being rock-solid in terms of stability. Many server-grade operating systems of the likes of CentOS and Ubuntu Server are Debian derivatives themselves.

Raspberry Pi can therefore even be used in a setup and forget use case and you can count on it to run for months, if not years on end without a hassle. You can monitor it performance with a remote admin tool like Pulseway.

Linux is inherently known for being more secure and less prone to malware. That said, attackers can take advantage of open ports and services to gain access to your network. Lucky for us, we have a plethora of options to ensure the security of our system, ranging for firewalls like ufw to apps that monitor network traffic.

Its no mystery that people love the Raspberry Pi. It has been extremely well received by the maker community and have an astounding following and community of developers of all experience levels.

Whether its a basic getting started guide or a query regarding a complex environment setup, you can always count on the community to have your back and be assured that there is probably some other developer out there who’s working on something similar to what you are trying to achieve.

At the risk of sounding repetitive, I highlight this particular feature of the Pi that is partly because of its linux operating system. Don’t like the way Raspberry Pi OS looks? Then load a different flavor of Linux, or better yet, tweak the desktop environment.

Need some more fine control over the boot process? Write a Bash script to automate whatever tasks you want to run. What you can achieve with this tiny piece of compute is only limited by your imagination. This is particularly useful when designing a custom IoT system where it is nice to have absolute customization and control

Much like Arduino, Raspberry Pi has catalyzed the creation of an ecosystem around it that has led to the development of a wide range of similar Single Board Computers and peripherals that support the Raspberry Pi pin configuration.

Minor effects of this can be seen on the software side as well where we can observe a trend of having a dedicated build for Raspberry Pi or arm in general.

In advanced implementations of Edge Gateways, this alleviates a lot of hassle of having to build hardware specific packages as several projects like K3s, KubeEdge, Docker natively support Raspberry Pi OS.

In conclusion, the Raspberry Pi SBC is a well-rounded choice for any custom IoT solution and the benefits of using it far outweigh its few limitations. In the next article we will be covering the basic setup required get started with using the Pi as an Edge Gateway.

If you have any queries, feel free to connect on LinkedIn. I also conduct Live Hands on Training for Linux, Programming and other Technologies. Do feel free to check it out and Book a Live session if you need further guidance.