Top 6 Things You Should Know about Raspberry Pi 4 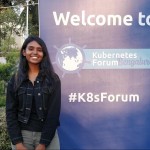 The Raspberry Pi is a widely used credit-card-sized computer that costs between $5 and $75 depending on the model you choose. It’s can operate as a proper desktop computer or be used to develop smart appliances. The multidisciplinary utilization of the device makes it a crowd favorite amongst technicians. With the aim of making computers and programming accessible to children and youth alike, The Raspberry Pi Foundation put their brains in developing this device.

You can do all sorts of cool things with a Raspberry Pi. From running a docker engine on your pi to turning your Raspberry pi to a low-cost CCTV, you can make endless cool projects and the possibilities stop till where ever your creativity stretches to. Raspberry Pi supports most of the mid-scale project requirements. It stands as a very handy addition to an engineer’s inventory.

Recently, the Raspberry Pi launched a new variety of Raspberry Pi 4. The new launch opens up new possibilities for prototypers and developers all across the globe. Let’s look into a few things that you must know while working with Raspberry Pi.

1. Now available with 8GB of RAM

To get the most out of the 8GB model, one needs a 64-bit operating system and thus Raspberry Pi OS was born along with a 32bit and a new 64bit version. It was previously available exclusively as a 32-bit build for backward compatibility reasons

3. No major Change in architecture other than RAM

All the variants of the Raspberry PI 4 series comes with the same CPU, GPU, audio/video processing, and along with all the other functionalities on the same low-power chip. The BCM2711 system-on-chip is present and still operating at 1.5GHz and with the same graphics processor – VideoCore-VI. The new model has the same general-purpose input/output (GPIO) headers, USB(2.0 & 3.0 supported) ports, USB Type-C power supply port, the gigabit Ethernet port, as well as the same on-board Wi-Fi and Bluetooth radio.

There’s only one Raspberry Pi 4 model offering a variety of RAM to users. It’s a common misconception that currently Raspberry Pi 4 has four models. As of now, we have just one model of Raspberry Pi 4 with multiple variants of RAM.

5. No need of monitor for setting up Pi

Don’t have a spare monitor lying around for Raspberry Pi? Don’t worry! You can set up your Pi on ‘Headless Mode’ allowing you to work on your Pi without a monitor.

Even with the newly launched version of Raspberry Pi 4, there might be instances where the demands of your project are more than the processing capabilities of a single Raspberry Pi. In such cases, constructing a Raspberry Pi cluster is the optimal solution. Developers all across the globe utilize the Kubernetes platform for deploying and managing applications on such clusters.

Here are some great links for more information about Raspberry Pi: